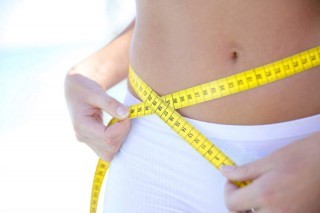 A new study, published in the American Diabetes Association journal Diabetes, suggests that polyunsaturated fat – found in olive oil, nuts and seeds and oily fish – keeps fat away from the abdomen and liver.

Researchers focused on 39 young, healthy adult men and women, all of who ate an extra 750 calories per day for seven weeks. Extra calories were consumed via high-fat muffins baked by doctoral candidate and study lead author Fredrik Rosqvist. The goal was for participants to gain 3% of their starting weight.
Half of the participants consumed muffins made with sunflower oil, a type of polyunsaturated fat, while the other half ate muffins made with palm oil, a form of saturated fat. All participants consumed the same amount of fat, protein, carbohydrates and sugar, with the only difference being the oil used in the muffins.
Body fat increase and distribution were measured by magnetic resonance imaging (MRI scans) before and after participant weight gain, as was body muscle mass, while a gene chip measured abdominal visceral fat before and after the weight gain.
While weight gain between the two groups was similar, those who ate saturated fat gained less muscle and had much more fat in the liver and abdominal area, as well as more visceral fat surrounding internal organs, compared to those who consumed polyunsaturated fat. Total body fat increase was greater in the saturated fat group, as the polyunsaturated group gained more muscle and less body fat.
In terms of cardiovascular disease and diabetes risk, it appears where fat is stored is more significant than how much fat is stored: a large amount of fat in the liver along with visceral fat reportedly increases the risk of developing type-2 diabetes.
Researchers noted that diets high in saturated fat appear to “turn on” certain genes in fatty tissue that result in fat storage in the abdomen while restricting insulin regulation. Polyunsaturated fats, in comparison, “turn on” genes in visceral fat linked to reduced fat storage in the body as well as improved sugar metabolism. More research on this subject is still required, however.
Researchers will now look at what happens to the body when we eat these fats, and will study what the effects are in overweight individuals with elevated risk of type-2 diabetes.

Here Are 19 Ways Cannabis Can Be Used For Medicinal Purposes

The Link Between The Gut, Food Allergies and IBS