“Brave” by Sara Bareilles – all about honesty 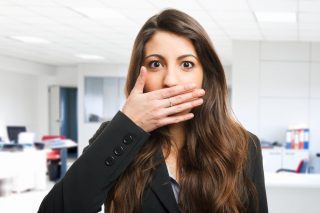 I recently came across this song by Sara Bareilles called Brave and thought I would share it with you. Often people become so used to holding themselves back and keeping their opinions to themselves that they forget how liberating it can be to just tell someone how you are feeling instead of saying what you think they want to hear. A recent study has shown that two out of three people don’t actually say how they feel, even when asked directly. This shows that people are afraid to share their true feelings because they are scared of how people are going to react. In her song Sara shares: “Say what you want to say, and let the words fall out. Honestly, I want to see you be brave.” These words rung true to me because very few people are brave enough to actually tell people how they are feeling. Saying “I’m fine” when you are not, is a prime example. I think we all need to take more time to look at how we feel in a situation, if it does not sit well with you, then say so and move on. As humans we are constantly trying to impress those around us and this has a lot to do with going along with things even when we don’t feel comfortable with them.

Roman Krznaric,  the author of How Should We Live?: Great Ideas from the Past for Everyday Life, explains that most people go through life looking for social status and social acceptance. He says that the desire for status is one of the most common rewards that people seek from their jobs, only second to money. He goes on to explain that often people, in a work environment, find it very difficult to stand up for what they believe in incase it affects the career and social standing in the business.

How important is openness and honesty to you? Do you place a lot of importance on your loved ones being honest to you about how they feel or is this something you would like to focus more on in your daily life? We would love to hear from you. Go on, say want you want to say…

Body Dysmorphia: How To Prevent Falling Victim To It

“Brave” by Sara Bareilles – all about honesty