How To Help Your Teen Build A Positive Body Image

Their bodies are constantly changing, their hormones are on safari, they are bombarded by a horde of different media messages imparting what they should now look and feel like, and their emotions can be difficult to control. If you have a child currently in their teenage years, it’s safe to say this can be a trying time for both of you. As parent, you have an important role to play in creating an environment in which they feel safe and where they can develop into healthy, happy adults. A big part of this process is developing a positive body image and sense of self – something that has become very difficult nowadays. According to a landmark report, by the age of 10, 80% of American girls will have been on a diet.

In this article, we look at what parents can do to ease their children through the developmental process and come out stronger, happier and healthier – and with a more positive body image. 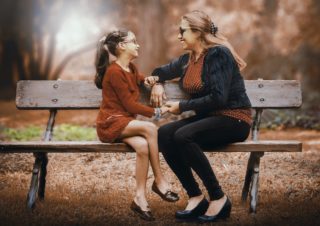 As mentioned, a safe and happy home environment is key. Growing up in this kind of space can help your child to develop an internal sense of control and a positive sense of self, which will equip them to avoid eating disorders. Teen body image refers to how adolescents perceive their bodies. It includes their feelings about their body and how they take care of it, and is an essential part of adolescent development. Teen body image is also closely linked to self-esteem, largely because society and the media place so much importance on the way we look. This focus on appearance contributes to teenage body image issues and teen eating disorders.

“When a child is too young to have the resources to cope they soon learn that ‘if I can help Mommy and Daddy to feel better, I will feel better’. As they grow older, face more stress and carry the weight of expectations, their focus turns to pleasing or impressing others, rather than developing a sense of self.”

Children need to feel safe so that they can focus on self rather than feeling responsible for others. Swanepoel points out that it’s important to avoid the ‘drama triangle’ – perpetrator, victim and rescuer.

“This is when one parent complains to the child about the other parent. The child will feel the need to take sides and rescue, immediately starting the external locus of control cycle. This leads to low self-esteem, which can lead to body image problems, such as restricting  (trying to be perfect) or binging (as a result of avoidance). Parents need to work as a team and find a parenting style that suits them both. This helps the child feel safe and avoids manipulation which the child will soon become very good at.”

2. Raise them to respect their health 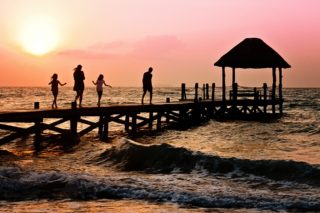 A healthy teenager tends to be a happy teenager, and this always starts in the home. It is therefore important that the parents establish healthy habits as a family, such as enjoying family activities that encourage fitness, preparing healthy, wholesome meals, getting enough sleep at night and spending enough time outside. According to Do.Something.org, globally, 95% of people with eating disorders are between the ages of 12 and 25, and only 10% will ever seek professional help. For this reason, it is important for children to already have a positive body image at a young age. Make an effort to attend their sporting events and encourage them to spend time enjoying sports – this is one of the best ways to stay healthy when you are young.

If you raise a child to understand how important a healthy lifestyle is and they are enjoying the benefits thereof, their eventual body image can go beyond simply how they look on photos or in the mirror, but to what their bodies are able to do, for example climb a mountain or play a volleyball game. And remember, the earlier you start this, the better.

In addition, here are some practical tips

3. Help them build a healthy sense of self 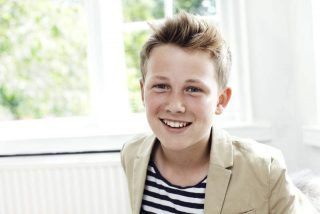 Teenagers experience increased school and societal pressures at a time when significant changes are taking place in their bodies. Thus, if they have not learned to believe in their own resources to cope with life, their focus will be on what other people expect or think of them, rather than on how they feel about themselves.

“Eventually, everything they choose to do in their lives is dependent on assumptions they make about how they will be perceived by others,” Swanepoel adds. “Body image plays an important role in this too.”

“Teenagers tend to see the concept of a ‘middle path’ as average and boring, and Western society reinforces this all or nothing thinking. This leads to beliefs like you must have the perfect body, you must go to university and you must make money,” Swanepoel says.  “This is why body positivity is important. If we can get our society to be more middle path thinkers, teenagers with an external locus of control may be able to be more realistic and accepting of themselves. With less stress and pressure, it is easier to listen to your own voice and develop your own sense of self.”

4. Decide as a family on a screen time rule 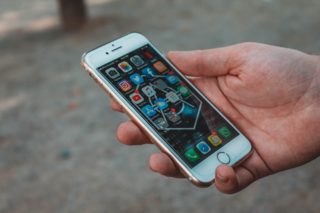 While they may see their mobile phones and televisions as lifelines to their social lives, the screens in their lives aren’t helping their body image one bit. Studies show that the more reality television a young girl watches, the more likely she is to find appearance important. More than one third of the people who admit to ‘normal dieting’, will merge into pathological dieting. Roughly a quarter of those will suffer from a partial or full-on eating disorder. In addition, students, especially women, who consume more mainstream media, place a greater importance on sexiness and overall appearance than those who do not consume as much. Like anything in life, different forms of media can have positive and negative effects, and it is up to you and your teen to decide how it will affect him or her.

To prevent this negative effect, it is important to have honest family discussions on how much screen time should be considered acceptable. A study recently conducted on one million teenagers indicated that the preferable amount of time to be spent on social media is roughly one hour per day – also, the teens who spent less time on social media were happier than the ones glued to their phones. Engage your teen in your discussion and let them have a part in the decision that is eventually made. Work together to determine the amount of time spent on screens and ensure they understand the influence it can have on them.

Maintaining a weight lower than your natural set point, or trying to lose weight, immediately activates “all or nothing” thinking. It takes motivation, discipline and determination to restrict food intake, so teens develop strict rules and often the rewards are external (for example, praise from others). This applies to both girls and boys, with the latter now experiencing pressure to have a highly muscled build while still in high school.

“If you break a rule you’ve set for yourself, you feel weak and like a failure, and believe you are a greedy person,” says Swanepoel. “Greed, indulgence and selfishness are bad words in Western society, and can lead to guilt. Once the rules are broken, at risk teens tend to go off the rails and binge on forbidden foods. This may lead to secret eating rituals, comfort eating and avoidance of life, which may in turn lead to obesity.”

According to Maslow’s Hierarchy of Needs, people need to meet basic needs like food, sleep, water, health and safety before they can strive for self-esteem and self-actualisation.  “People who diet are depriving themselves of these needs in a drive for self-actualisation,” Swanepoel says. “They compromise their health, their relationships and their goals and aspirations as they become preoccupied by food, exercise and weight, becoming prisoners to their own habits.  They end up lonely, exhausted and feeling like a failure – and they hate their bodies no matter what size they are as perfection is unattainable. This is where depression, self-harm and suicide become possibilities.”


Look out for these warning signs 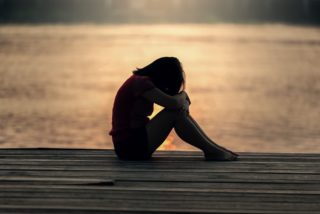 How To Help Your Teen Build A Positive Body Image