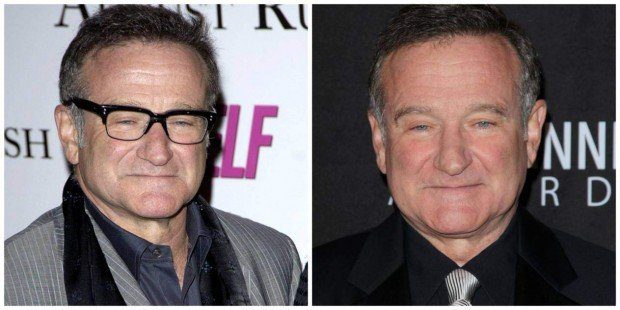 “You’re only given one little sparkle of madness. You mustn’t lose it” – Robin Williams

We have lost one of the greatest actors of all time, considered  the epitome of happiness and humour. And yet the life he lived in many of his award-winning films was the complete opposite to the dark one he lead in real life.

Robin Williams was pronounced dead at 12h02 on Monday, 11 August, at his home in Tiburon in California.

According to police in Marin County, Williams was found “unconscious and not breathing” just before midday and was pronounced dead on scene. Emergency personal were summoned by a 911 call. An  official investigation into the cause of the death is underway, however, according to initial reports out of the Sheriff’s Office Coroner Division, death is suspected to be “suicide due to asphyxia”.  A forensic examination is scheduled for some time today.

Williams’ publicist Mara Buxbaum has been quoted as saying that Williams, “has been battling with severe depression of late. This is a tragic and sudden loss.”

Williams’ wife commented on the tragedy: “This morning, I lost my husband and my best friend, while the world lost one of its most beloved artists and beautiful human beings. I am utterly heartbroken. On behalf of Robin’s family, we are asking for privacy during our time of profound grief. As he is remembered, it is our hope the focus will not be on Robin’s death, but on the countless moments of joy and laughter he gave to millions.”

Depression is one of the most common forms of mental illness and yet the topic of depression still has a lot of stigma attached to it. Why is it acceptable for us to seek medical advice when we feel sick, but people seem to frown upon those who seek help for a mental illness? Major depression is a disease that impacts approximately 5% of people globally. For over 30 years, scientists believed that monoamines – which are mood-related chemicals such as serotonin, norepinephrine and dopamine – are low in the brain during major depressive episodes. This study by the Canadian-based Centre for Addiction and Mental Health (CAMH), was  published in the November Archives of General Psychiatry.

Dr Jeffrey Meyer investigated whether brain monoamine oxidase A (MAO-A) — an enzyme that breaks down chemicals like serotonin, norepinephrine and dopamine – was higher in those with untreated depression. The results showed that in major depression MAO-A was significantly higher in every brain region that the scientists investigated. On average, MAO-A was 34% higher.

Signs and symptoms of depression include:

CBD Oil for Chronic Stress, Anxiety, and Panic Attacks: Does It Work?