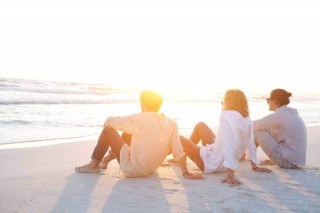 The secret to aging well might lie in how much you socialise, as well as regular exercise, newly presented research suggests.

The researcher notes that a 2010 study also found that loneliness has twice the impact on early death as obesity does. John Cacioppo, professor of psychology at the University of Chicago, says he found dramatic differences in the rate of decline in physical and mental health between lonely and socially engaged older people.

Loneliness can also have profound health consequences for older people. Disrupted sleep, elevated blood pressure, increased levels of the stress hormone cortisol and increased depression are all reported in those experiencing extreme loneliness. This can also cause problems for the body’s immune system and generally lower overall feelings of wellbeing.

The physical and mental resilience of older people who have satisfying relationships is much stronger than in lonely older people, as they are more able to “bounce back” from adversity, Cacioppo says.

“Retiring to Florida to live in a warmer climate among strangers isn’t necessarily a good idea if it means you are disconnected from the people who mean the most to you,” says he adds. “Population changes make understanding the role of loneliness and health all the more important.”

He adds: “We are experiencing a silver tsunami demographically. The baby boomers are reaching retirement age. Each day between 2011 and 2030, an average of 10 000 people will turn 65. People have to think about how to protect themselves from depression, low subjective wellbeing and early mortality.”