Cannabis and Fertility: Is Marijuana The Key To A Healthy Pregnancy?

Cannabis is a hot topic in health circles.  Medical cannabis is linked to the treatment of  treatment for cancer, epilepsy, depression, and arthritis to name a few. However, many individuals, surprisingly,  have come to associate cannabis with improved fertility. Even more so, the plant has been getting more attention from pregnant women.

In regards to cannabis, its most popular cannabinoids are CBD (which is often the root of cannabis’ health benefits) and THC (the compound responsible for cannabis’ euphoric effects). When cannabis enters the body’s system, both of these cannabinoids interact with the receptors.

One of the systems that the ECS helps to regulate is the reproductive system. The receptors can be activated by cannabis, hence the plant may be able to throw the body’s reproductive function off balance, or it may restore it to order.

As mentioned, the job of the ECS is to help maintain the body’s internal environment and ensure proper functionality. This also includes the reproductive system as cannabinoid receptors are found in the ovaries, Fallopian tubes, and the endometrium (the innermost lining layer of the uterus).

According to a study published in the Yale Journal of Biology and Medicine, the ECS is active during the process whereby mature eggs are produced from ovarian follicles. According to the authors of the study, any change in the ECS can affect a female reproductive system. The symptoms associated with this include reduced fertility, ectopic pregnancy, and spontaneous abortion. That said, there is still not enough evidence to prove, beyond a reasonable doubt, that cannabis can impact the ECS to the point where the aforementioned effects will occur.

If a woman wants to get pregnant, the most important thing is to ensure that she’s ovulating well. According to the Mayo Clinic, a menstrual cycle that’s too long (35 days or more), too short (less than 21 days), irregular or absent can mean that you’re not ovulating. 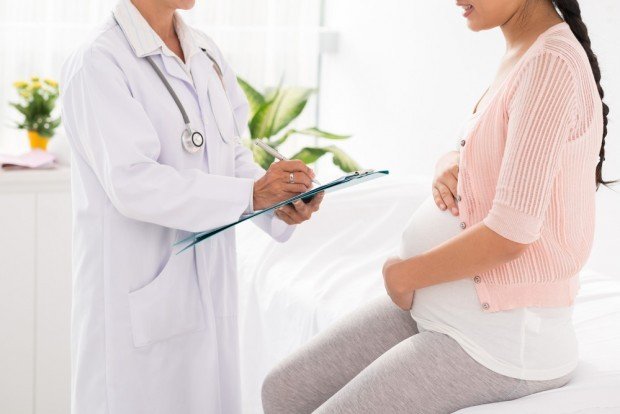 Common ovulation disorders include Polycystic ovary syndrome (PCOS), Hypothalamic dysfunction, and premature ovarian failure. Furthermore, any damage or blockage to the fallopian tubes may also affect a woman’s chances of conceiving. This is due to the fact that the damage or blockage is preventing the sperm from getting to the egg or preventing the fertilized egg from reaching the uterus.

In addition to this, other disorders that can affect a women’s fertility include uterine or cervical damage and endometriosis.

What places a woman at risk of infertility?

According to the Mayo Clinic, the below-listed factors may put you at higher risk of infertility:

Can cannabis affect fertility in women?

In a study published in the Canadian Medical Association Journal, a pair of researchers outlined key points about marijuana and fertility. 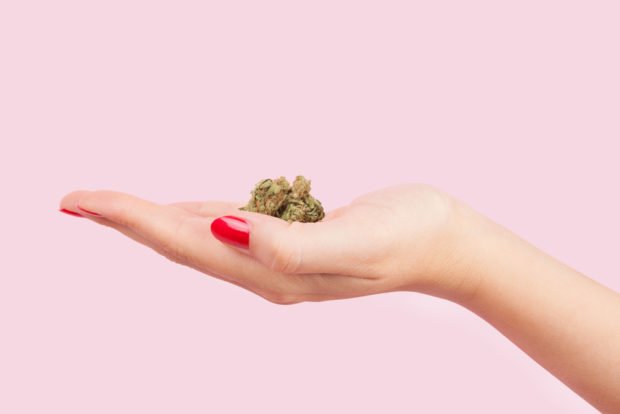 “When marijuana was legalized for recreational use in Canada in October 2018 we realized, as fertility and endocrinology specialists, how little we knew about the effects of marijuana on fertility” explained study co-author Dr. Sara Ilnitsky to Longevity LIVE. “Once we reviewed what little literature exists, we felt it was important that our colleagues and patients understand that there are potential effects but that there is still a lot that is unknown. Now that marijuana is more accessible, it is likely that family physicians and other doctors will face more questions about the effects, including on fertility.”

Whilst Ilnitsky admitted that the effects of cannabis on fertility are difficult to study in women since they don’t have a direct measure like semen parameters in men, they did come across some notable findings. 29 out of the 201 participants in the study reported smoking cannabis in the preceding 3 months. The study noted a significant delay in their ovulation. Additionally, the majority of women who didn’t ovulate at all were in the group that smoked cannabis. According to Ilnitsky, this raises suspicion that marijuana use could have an effect on ovulation. If ovulation doesn’t occur, that means there is no egg tea which will be released to be fertilized, which then means a lowered chance of pregnancy.

Granted one won’t notice the fact that they’re infertile aside from their inability to conceive. However, the Mayo Clinic has noted symptoms associated with male infertility. These include:

In addition to these symptoms, it is advisable to visit a doctor if, after a year of being unable to conceive a child, you also experience the following symptoms:

There are a variety of reasons as to why males may become infertile. Moreover, some of the causes may be particularly hard to address. These include hormonal imbalances, anti-sperm antibodies, infections, chromosome defects, radiation, and heavy metal exposure, and celiac disease (2).

However, there are lifestyle choices that can increase the risk of male infertility. These include alcohol and drug use, tobacco smoking, obesity, and depression. Thankfully, these can be easier to remedy.

Can cannabis play a role?

In regards to men, there have been more studies on how cannabis can affect their fertility. However, these studies also have differing views.

According to a 2014 study published in the journal Human Reproduction, cannabis users under the age of 30 were found to have more instances of sperm abnormalities. These defects can affect the sperm’s ability to reach and penetrate an egg. For the study, researchers analyzed the semen of 1,970 men. They also had them fill out a lifestyle questionnaire as lifestyle choices can have an impact on sperm quality.

However, it may not be that simple. In fact, new research from Harvard found that cannabis may have a positive effect on male fertility.

Research from the Harvard T.H. Chan School of Public Health conducted a study at the Fertility Clinic at Massachusetts General Hospital to evaluate how cannabis can affect male fertility. For the study, which was published in the journal Human Reproduction, the researchers collected 1,143 semen samples from 662 men between 2000 and 2017. The participants were part of a couple seeking treatment at the Massachusetts General Hospital Fertility Center between 2000 and 2017. The participants also filled out self-reported questionnaires that inquired about their cannabis usage. It included whether they had ever smoked more than two joints or the equivalent amount of cannabis in their lives. It also asked if they were current cannabis smokers.

Amongst the participants, 55%, reported having smoked cannabis at some point. The number of those who reported being past smokers came down to 44%.  11%, on the other hand,  said they were current smokers.

What did the results show?

According to the study, men who had smoked cannabis had higher sperm counts and concentrations when compared to men who had never used the drug. 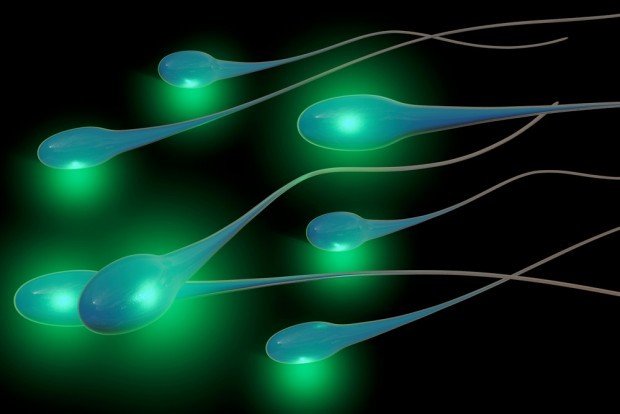 “Our findings were contrary to what we initially hypothesized. However, they are consistent with two different interpretations, the first being that low levels of marijuana use could benefit sperm production because of its effect on the endocannabinoid system, which is known to play a role in fertility, but those benefits are lost with higher levels of marijuana consumption,” said Feiby Nassan, lead author of the study and a postdoctoral research fellow at Harvard Chan School. “An equally plausible interpretation is that our findings could reflect the fact that men with higher testosterone levels are more likely to engage in risk-seeking behavior, including smoking marijuana.”

With the above-mentioned thoughts in mind, the researchers did note that the study had a few limitations. For one, the participants may have under-reported marijuana use. This, according to the researchers, maybe due to the fact that cannabis was an illegal drug during the study. There’s also the fact that the researchers were unable to show a cause-and-effect relationship. Lastly, semen quality does not necessarily mean that a woman will fall pregnant easily and quickly. Therefore, it’s best to analyze the results with caution.

What about cannabis and pregnant women?

Couples looking to concede aren’t the only ones who have an added interest in cannabis use.

According to a study from the Journal of the American Medical Association, the number of pregnant women using cannabis has increased. From 2009 to 2017, the number has climbed from 1.9% to 3.4%. Kaiser Permanente Northern California housed the study. This is important because they are the only U.S. healthcare system that screens all pregnant women for prenatal marijuana use.

“These findings should alert women’s health clinicians to be aware of potential increases in daily and weekly cannabis use among their patients,” said Kelly Young-Wolff, study lead author and a research scientist at the Kaiser Permanente Division of Research, in a statement.

Can cannabis affect a healthy pregnancy?

There is a consensus that pregnant women should avoid any interaction with cannabis. However, what does the research say?

Well, for one, a study from the American Journal of Obstetrics and Gynecology found that smoking cannabis during pregnancy increases the risk of stillbirth as well as poor visual-motor coordination (1). Furthermore, even if the mother opts for cannabis edibles,  THC can still be passed from the mother to the fetus via the placenta.  That said, there is not enough evidence that perfectly highlights what the effects on the child this can have.

There are new studies on cannabis every day. However, it is still a complex plant and there is a lot that we don’t know about.

That said, it would be best to avoid placing cannabis and anything related to fertility in the same sentence.

“My general advice to any couple trying to conceive is to clean up their lifestyle. Smoking cessation, reducing alcohol and caffeine, healthy eating and regular exercise are all important for both fertility and pregnancy.” advises  Dr. Ilnitsky, “To that end, marijuana is a recreational substance with potential effects on reproductive function and pregnancy and should be avoided while trying to get pregnant and in pregnancy.”

The Pill: Health Risks Of Using This Form Of Birth Control

Menopause: 7 Ways to Manage Symptoms In A Pandemic

What is the Best Carrier Oil for CBD?

Can CBD Oil Really Get Me High?

Cannabis and Fertility: Is Marijuana The Key To A Healthy Pregnancy?