Music can still be a vehicle for women to get themselves heard — and to heal, says Sandi Curtis.  Curtis recently retired from Concordia as a professor of music therapy. She has long believed that listening to and creating music can be a source of empowerment for women. This can be especially vital to those who are escaping situations of male violence.

What is Music Therapy?

Music therapy is ages old. However, it became more popular in the early 20th century as a treatment for traumatized soldiers. After World War I, community musicians traveled to veterans’ hospitals around the U.S. to play for wounded soldiers. Doctors observed the profound salutary effect it had on patients’ physical and emotional trauma, and requested that hospitals hire musicians. The first music therapy degree program in the world was founded in 1944, at Michigan State. Fifty years later, in 1994, music therapy became a reimbursable service for hospitalized patients.

Today music therapy is an established health profession.  It also provides avenues for communication that can be helpful to those who find it difficult to express themselves in words. Research in music therapy supports its effectiveness in many areas. These include physical rehabilitation and facilitating movement. It also helps increase people’s motivation to become engaged in their treatment, providing emotional support for clients and their families, and providing an outlet for expression of feelings.

The number of fields that incorporate music therapy into basic care has increased, including everything from pain management to school districts to hospice care. But in popular consciousness, music therapy and trauma remain intertwined. Music therapists have worked with the Red Cross, along with first responders, with women and kids from violent homes. 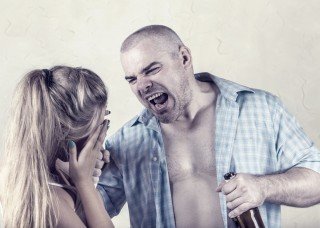 Trauma survivors often have unbearably vivid fragmented images, sounds, or smells lingering in their psyche. For many, traditional talk therapy offers little relief, as these sensations are embedded beneath the language brain. The festering traumatic wound can also lead to learning difficulties, dissociation, physical ailments, and autoimmune disorders.

For Sandi Curtis, music has been a cornerstone of her career and belief system. She  is capping off a long academic and teaching career with the publication of Music For Women (Survivors of Violence): A Feminist Music Therapy Interactive eBook, with an official launch on Tuesday, September 17.

The book looks at how pop culture in general and pop music specifically have been used to keep women in their place but also how they can be used as subversive voices to challenge the status quo.

The issue of pop culture’s often-problematic relationship with women is not new, but Curtis’s book is also a celebration of music as a therapeutic tool.

“Music connects with us in unique ways,” she says. “We may listen to it cognitively but it also hits us physically and emotionally. It’s really a wonderful medium for personal change.”

As a music therapist, Curtis believes there are curative powers in the acts of listening to and making music. In the book, she outlines a music therapy program specifically geared toward helping survivors of male violence. The goal is to first break the social isolation many victims suffer from at the hands of their abusers. Then it is to get the women to recognize that they are not alone and not to blame. Third, it gets women writing songs.

“This gives women their own voice to tell their own stories,” Curtis says. “This matters, because they have been silenced for so long.”

The songs the women write come from an authentic place and with an honest voice, she adds. They have to if they are to have therapeutic value.

“We’re assuring these women that they don’t have to sound like some fabulous, articulate, university-educated person,” she says. “You can sound like yourself, which is a great thing.”

This e-Book contains a long list of songs that Curtis says can be used in therapy. They span multiple genres, from country to pop to indie rock to punk to hip-hop — and from The Indigo Girls to Lady Gaga to Lizzo — but they are all by female singer-songwriters. 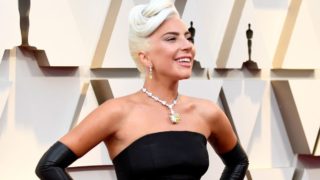 “As a therapist, I know it is much easier for the women I’m working with to hear themselves, their lives and their experiences in a woman’s voice,” she says.

Pushing for personal and political changes

Having recently retired, Curtis says this eBook’s publication is both a great finish to a rewarding career and a call to arms for women now and in the future. More than ever, she says, women need to assert themselves and call out a culture long based on male dominance and misogyny.

“Working with women survivors, we often find ourselves behind closed doors, and that’s necessary for their safety, as their lives are at risk,” she says.

“So I began to think that I’ve got to reach out to other people outside of the therapy room. My work has not only had a therapeutic focus but has also focused on social justice. We don’t just need a personal transformation, we need a socio-political one.”

4 Ways Learning a Musical Instrument is Great for You