Panic Attacks Can Be Terrifying, Here’s Why You Shouldn’t Ignore Them

Panic attacks can be terrifying and leave you isolated and affect your quality of life. The feeling that a panic attack stirs up, overwhelming fears and emotions, can spring up without warning and leave you  feeling disorientated and helpless. It’s a frequent, terrifying, staggering wave of emotions that can truly disorientate your life and have you living in a state of fear. Thankfully, this disorder is manageable as well as treatable.

“During a panic attack, the individual usually thinks something like “I am having a heart attack” or “I am going insane”, but may not be aware of how those thoughts affect, even exacerbate, the attack’s symptoms”, says Clinical Psychologist and CBT Expert, Dr. Colinda Linde.

It’s vital to educate yourself about the disorder, especially when so many people would rather choose to ignore the problem and leaving it could potentially jeopardize their life.

What are panic attacks?

According to Mayo Clinic, a panic attack can be defined as  a sudden episode of intense fear that triggers severe physical reactions when there is no real danger or apparent cause (1). It is believed that panic attacks are essentially the brain’s fight or flight response being inappropriately aroused.

Recurrent, unexpected panic attacks, as well as one spending long periods in constant fear of another attack, may mean that the person is battling a panic disorder. Approximately 2.4 million Americans have panic disorders in a given year and women are twice as likely as men to develop panic disorders.

As mentioned, when one experiences their first panic attack, it typically arises unexpectedly. The person could be engaging in some ordinary activity, and they may even be sharing a laugh with friends. Before they know it, they are suddenly struck with uncomfortable symptoms.

What causes a panic attack?

Initial panic attacks often occur in individuals who are battling with considerably higher stress levels or significant life changes. This can be due to financial strain, excessive work obligations, the death of a loved one, hospitalization, a serious accident or childbirth. Excessive use of stimulants such as caffeine and drug abuse can also trigger panic attacks.


Furthermore, according to a study published in the Depression and Anxiety journal, genetic factors may also influence a person’s risk of developing a panic disorder.


While studies are still going on in terms of why panic disorders develop, it’s important to remember that the  unpredictability associated with panic attacks is what makes them so devastating and dangerous.

What are the effects of panic attacks?

Anticipatory anxiety is associated with panic disorders. Basically, they begin to experience an intense apprehension of having another attack. In addition to seriously inhibiting their daily life, this fear may soon lead the person to develop  phobias about situations where the panic attack has occurred. For example, if they had a panic attack in the supermarket or at work, they may be afraid to return to these areas.

Individuals battling with panic disorders may develop agoraphobia. This is a condition whereby the person is apprehensive and afraid of being in a place or situation whereby it would be difficult to be assisted in the event of a panic attack. Such places include public transportation, big crowds, queues and shopping malls. As a result of this fear, these individuals will restrict themselves to safe zones that are often their homes. They will find it incredibly difficult to go beyond these safe zones without being accompanied by a particular family member or friend. 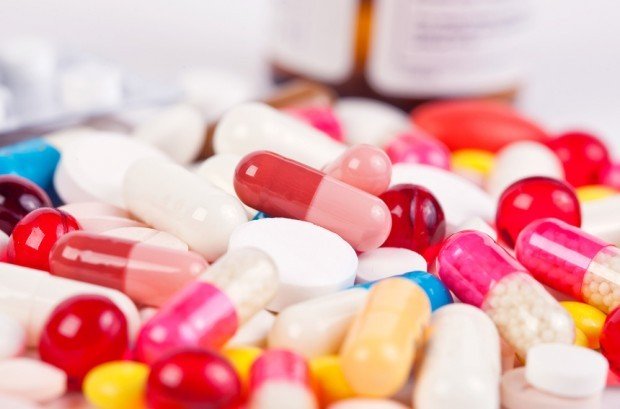 According to a study published in the Clinical Psychology Review, panic disorders and symptoms are statistically significant, yet weak, risk factors for future suicide ideation and attempts. If you, or anyone you know, are battling with suicidal thoughts, it’s important to reach out to a family member, friend or your local mental health clinic.

Some treatments use a combination of medication and some form of psychotherapy as they believe that it produces the best treatment response rates.

Throughout the treatment, the therapist conducts a careful search for the thoughts and feelings that accompany the panic attacks. The therapist might use the “cognitive model” of panic attacks. This states that individuals with panic disorders often have distortions in their thinking, of which they may be unaware, and these may give rise to a cycle of fear. The behavioral aspect may appear when the therapist involves systematic training in relaxation techniques. Relaxation techniques used include breathing exercises which will teach the patient how to   control their breathing and avoid hyperventilation.

Prescription medications are prescribed to help prevent panic attacks or reduce their frequency and severity. They are also used to decrease the associated anticipatory anxiety

Common medications are the Selective Reuptake Inhibitors (SSRIs), the Tricyclic Antidepressants, the high-potency Benzodiazepines and the Monoamine Oxidase Inhibitors (MAOIs).  Doctors select which medication to use based on considerations of safety and efficacy as well as the personal needs and preferences of the patient.

These anti-depressants are generally associated with fewer side effects.

These side effects include dry mouth, constipation, and blurred vision.

Benzodiazepines are quite effective, well-tolerated and have few side effects. Unfortunately, patients, especially those who have had problems with alcohol or drug dependency, may become dependent on benzodiazepines.

Easy “on the spot” Tips to get Though a Panic Attack

You are likely to experience another panic attack after a time of feeling better. When that happens, it’s important not to give up on your treatment and progress. Remember that your treatment is important and that in time, the attacks will be less severe and you will go on to live a healthy and fully-functional life

Panic Attacks Can Be Terrifying, Here’s Why You Shouldn’t Ignore Them