Spending Time In Parks Can Boost Your Mental Health

Today’s population is seen as the indoor generation because they rarely spend their time outdoors, let alone in parks. In fact, a 2018 survey found that, on average, people spend at least 90% of their time indoors (1).

Not only are we depriving ourselves of the benefits that come from being in nature, but indoor air is much more polluted than outside air – not to mention that there are a few household products that can be quite detrimental to one’s health.

That being said, a recent study has revealed the positive impact that spending time in urban parks can have.

Researchers from the University of Alabama (UAB) in Birmingham discovered that spending just 20 minutes in an urban park could boost your mental health and wellbeing by making you happier.

For the study, the researchers had 98 adults visit three urban parks in Mountain Brook, Alabama. They were then asked to fill out a questionnaire that inquired about their wellbeing before and after the visit. The study revealed that the participants, who had spent between 20 and 25 minutes in the park, were happier. In fact, it was found that 60% of them were going to report being happy. Also, these reports were regardless of whether they had used their time in the park to exercise. 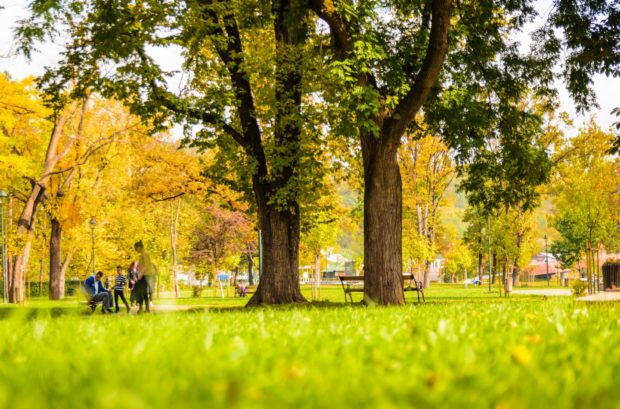 
While study co-author and UAB professor, Gavin Jenkins, does admit the study’s limitations – such as the small study pool – he does point out that the findings reveal the importance of green spaces,

The health benefits of parks

Aside from helping you destress, there are other benefits that can come from taking a stroll in your local park.

As mentioned, indoor air pollution, be it from household cleaners, mold or cooking gases, is a real thing and it makes the quality of air that you breathe in your home much worse than outdoor air (2). Therefore, spending some time in the park will give you a dose of fresh air. 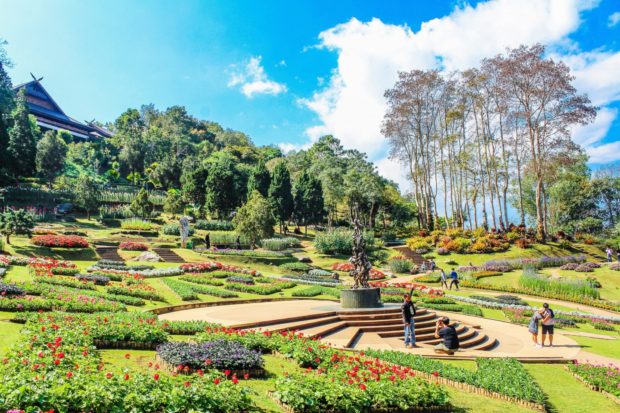 Time outdoors will also help you get your daily dose of vitamin D. It may sound surprising but a vitamin D deficiency is quite common therefore it is important to ensure that you get at least 10 minutes of daily sunshine. Just be sure to use adequate sun protection.

Lastly, the Japanese concept of forest bathing has been revealed to improve your body’s immune system by boosting the movements of white blood cells (3).

Spending time in nature is an integral aspect of living a long and healthy life. If you don’t happen to live near a park, don’t let that stop you from spending time outdoors. You can simply take a walk, have your lunch outside and even choose to exercise in your backyard. As long as you’re enjoying the beauty of nature, your health will always be fine.

You can read more about the study about parks here

Spending Time In Parks Can Boost Your Mental Health