Successful People Are Unstoppable For One Reason

Successful people are not just great at what they do. They live. breathe and dominate at whatever they are doing. They’re unstoppable because of their behavior.

There are a lot of people who are good at what they do. Many of them have top positions in big companies. But, it is only a select few who are completely unstoppable. And the statistics show it’s only about 1% of the population.

You cannot become unstoppable overnight and not everyone is born with that kind of mind or determination. Those who are unstoppable live in their own world. They never feel the need to compete with anyone other than themselves. You can never be sure of their next action, but you’ll be compelled to respond. Although they do not compete with you, they make you compete with them.

Successful People Thrive On Their Intuition

I have found that most of us struggle so much with self-doubt and questioning our capabilities. Even worse, we think of doing something great and then stop ourselves from attempting it because we doubt our abilities or care too much about what other people think. 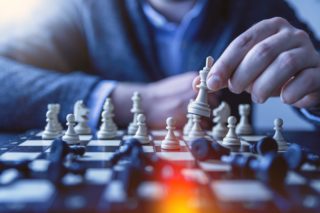 This is exactly what unstoppable people do very well. And more often than not, they’re accused of being thoughtless or too impulsive. When in fact they’re instinctual and are getting more done than you would be able to do in five years.

Rather than analyzing and thinking, they act. They are closely connected to their senses and have a unique and deep trust within themselves. Yes, there are times where perhaps more planning could have gone into the matter or the risk was too high. But, at least they gave it a shot, which more than what most people can say. According to Oprah Winfrey,  everything you instinctively feel you should do. And that most of her successes have come from her gut feelings, whilst her mistakes have happened from her doubts. The best way to achieve limitless success is to stop overthinking.

They’re Motivated By Their Craft

It’s nice to have fancy, new things all the time. However, these people have bigger situations to concentrate on. Whether you’re living a luxurious lifestyle or a simplistic one, either way, it makes very little difference to you. You’d much prefer to become a master of your craft.

Other people are terrified of stepping away from their comfortable lives. 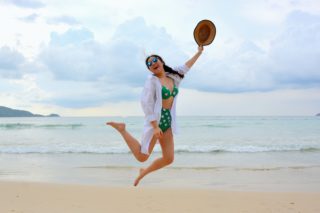 While most people are taking it easy, you’re learning, practicing, and perfecting.

Unstoppable people actually see things in several more frames than others. So, whilst your friends are struggling to react to a situation, you’re able to manipulate and tweak the situation to your liking.

It’s most common for people too dependent on substances or other external factors to get through their lives. However, if you’re unstoppable, you’re only dependent on yourself and are in control of everything you can possibly control. These include things like what you put in your body, how you spend your time and how long you stay in the zone. When you choose to do something, it’s because you want to do it. 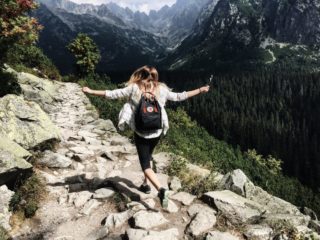 Therefore, even once you’ve achieved a goal, you’re not happy. The point is that it isn’t about the goal, is about how much more you can grow and push yourself, And this doesn’t make you unappreciative. On the contrary, an unstoppable person is more grateful than most, they’re just no lazy and never settle for anything – even success itself.

Research has found that 70 percent of US employees hate their jobs and only one in three Americans report being happy, However, unstoppable people make the difference. They are relentless and remove absolutely anything that they despise from their lives. I believe that ths is a very rare trait because so many of us struggle to find the self-respect and confidence to live on our own terms when something isn’t right.

When something is wrong. Change it. And change it now!

The Pressure Tank Is Always On

When you’re building your own empire, the pressure should never be switched off. Of course, there is a time to rest, or else you’d go mental. But, you’ll never hear an unstoppable person telling you that they can’t handle the pressure and its time to pack it in. 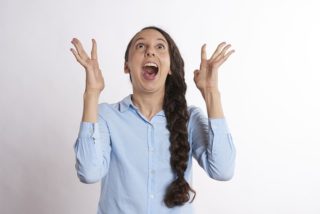 They’ve got a strong conviction in their actions. Most of what they accomplish is driven by the ‘pressure push,’ I like to call it. The rest of the world can only take on little doses of pressure. And as soon as they’re given the opportunity to be left to their own devices, they let off the pressure and relax.

But, not a successful and unstoppable entrepreneur, They’d much rather turn-up the ‘pressure-push’ because it’s what keeps them alert and active.

They Don’t Compete. They Dominate Instead

It is a little sad that most of the world lives in fear. Half of them never amount to anything because they’re too afraid to take a leap of faith, or two, or three. An unstoppable person knows that if they fall, it won’t hurt that bad. And they’ll probably fall again and again. 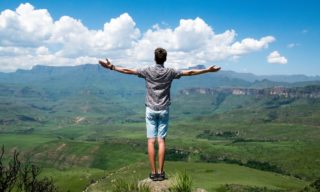 However, when you’ve programmed your mind to only succeed, you’re only going to fly. The successful person is the one who is okay with failure. There is no ground or sky. The only thing that’s there are the thoughts in your head. And when something does go terribly pear-shaped, you pick up the pieces and carry on.

Lastly, to be unstoppable in our competitive world, you need to STOP competing. Everybody is trying to compete with everybody. Do you find yourself continuously checking to see what others in your space are doing? And then you try to copy exactly what you think is working for them…

To be honest, competing with other people or brands makes absolutely zero sense. All it does is pull you away from your unique flair and authentic self. The power tool to become unstoppable is in your behavior, which results in several actions. You need to dominate. A successful entrepreneur who is unstoppable knows how to zone out all the external noise and zone into their internal pressure to produce magic.

Tips To Advance Your Career in Healthcare

Successful People Are Unstoppable For One Reason