Belly Fat And Menopause: Get Rid Of Your Menopot

Belly fat and menopause seem to hand-in-hand, and it’s affecting more and more women nowadays. Whether you’re struggling with a few unwanted rolls around your waist or a spare tire that just won’t budge, you’re not alone. However, belly fat goes further than just being an aesthetic problem – research shows again and again that it can also pose a very serious risk to your health.

There are two kinds of belly fat 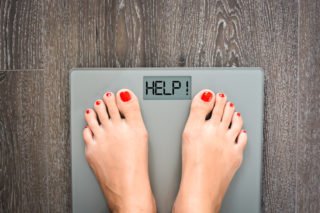 One day at university, I had a chat with a friend of mine who was studying nutrition. She shared something one of her lecturers told her class. He asked the ladies in the class which type of belly fat looks best – the jiggly, loose-hanging sort, or the type that sits firmly on the abdomen. This is also usually found deep inside the belly and surrounds the internal organs.

The second sort of fat won by a landslide. All the young ladies preferred a belly that at least looked firm, even if there was an amount of fat underneath.

“Bad choice,” my friend’s lecturer said, “you all just picked the most dangerous type of belly fat. Even if it looks better than subcutaneous fat, visceral fat is the one that kills.”

Amongst other reasons, this type of fat is dangerous because of where it sits – close to the portal vein. This vein carries blood from the intestinal area to the liver. When visceral fat releases harmful substances such as free fatty acids, which enter the portal vein and travel to the liver. Here, these acids can harm the way blood lipids are produced.

Harvard Health shares a simple way to tell the difference: subcutaneous fat that lies directly under the skin can be pinched, and it is not as harmful as visceral fat. This type of fat, on the other hand, can be seen and measured, but not pinched. 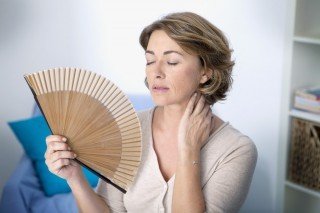 The statistics for older women and obesity in the United States are very alarming. The National Health and Nutrition Examination Survey (NHANES) reports that for women between the ages of 40 and 65, nearly two out of three of them are obese. However, a study published in July this year in JAMA Network Open shows that even if you fall within the normal range for your BMI, your excess belly fat could put you at risk for the same issue as someone who is obese.

In other words, you could fall into a high-risk demographic and not know it. “Many of these women wouldn’t be recognized as part of a high-risk population,” says Wei Bao, MD, Ph.D., a co-author of the study. “They might be told they’re fine because their weight is normal.”

“It’s becoming more and more clear in the medical community that the way you carry your fat is equally, if not more important than how much fat you carry,” says Dr. Ekta Kapoor. She is an endocrinologist at Mayo Clinic’s Menopause and Women’s Sexual Health Clinic. Dr. Kapoor explains that if you carry your fat in your midsection, you’re more likely to have a worse metabolic profile than those who carry their fat elsewhere. In other words, the fat around your calves, thighs or arms is less dangerous to your health than that in your abdomen.

They don’t multiply, they grow

This is very interesting. Normally, the number of fat cells in your body only increases until you hit puberty. After that, they start to expand and shrink, depending on the amount of nutrition and exercise you get. If your calorie intake is more than what you spend on energy, each fat cell simply gets bigger. There are exceptions to this rule, for example, liposuction and extreme weight loss. But in general, you’re not “burning” fat as much as you are shrinking it.

The fat that collects around your waist tends to be more inert than fat found in other areas of the body. In other words, it’s not metabolically active and has no benefit to your body.

Why is visceral fat harmful to our health? 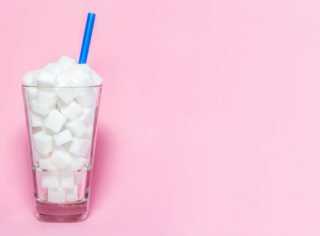 If you have excess belly fat, you also have an increased risk of premature death. And contrary to what we once thought, adipose  (fat) cells aren’t just energy waiting to be used. Instead, these cells are biologically active. “One of the most important developments [since the mid-1990s] is the realization that the fat cell is an endocrine organ,” says Dr. Barbara B. Kahn. She is the chief of the division of endocrinology, diabetes, and metabolism at the Beth Isreal Deaconess Medical Center in Boston. “It secretes hormones and other molecules that have far-reaching effects on other tissues.”

Belly fat is an issue that goes deep

The other difference between subcutaneous and visceral fat is the type of molecules that are produced. Harvard Medical School explains that subcutaneous fat can produce beneficial molecules for the body. On the other hand, visceral fat produces a greater number of proteins that are called cytokines. These proteins can trigger low-level inflammation. Also, visceral fat is responsible for producing a precursor to angiotensin. This is a protein that results in the constriction of blood vessels and the rise of blood pressure. Both of these contribute to the dangerous health issues mentioned above.

Getting rid of the menopot

The reason older women find losing weight more difficult now than when they were younger is because of changes in their hormones, lifestyle, and stress levels. Genetics also play a role. Moreover, your metabolism changes at perimenopause. Lastly, you might also be stressed because you’re producing excess cortisol. This is a hormone that is associated with fight or flight responses. Therefore, high cortisol levels often cause you to put on weight, especially around your waist. It may seem as if your body is holding on to fat while you’re going through these changes. And with the changes that your body is undergoing, your lifestyle will have to keep up if you want to keep the weight off. According to research, women require 200 fewer calories per day in their 50s than in their 30s or 40s.

“You can do something about it [weight gain], but after menopause, you need to do things differently, because of the rules you’ve been playing by change,” she says. And it’s going to take some effort. To hold off weight collecting around your waist, you may need an aggressive approach.

1. Make an effort to stay active.

Even if you feel like you don’t have enough energy initially, getting exercise will increase your energy levels. Consider adding resistance training, because you’re also at an age where you need to work harder to maintain muscle mass.

This is more important than ever. Sugar hasn’t done you any favors when you were young, and it certainly isn’t about to start now. Added sugar consists of the simple sugar, fructose, and according to a study published in the Journal of Nutrition, fructose was associated with a significant increase in belly fat. What’s more, liquid sugar can increase your hunger and force you to consume more food, which then means added calories and fat.

3. Increase your intake of veggies, fresh and whole foods

You need to eat plenty of lean protein like chicken and fish, as well as plenty of fruit, vegetables, and whole grains. You also need to establish regular eating habits. Always speak to your healthcare provider before embarking on a new eating plan or radical lifestyle change. Ladies, you know what the good stuff is. Stick to what keeps your body happy, what gives you the most energy, and what leaves you feeling your best. Menopause can be a trying time in your life, but it never has to get you down! S

Belly Fat And Menopause: Get Rid Of Your Menopot