Being in love can boost mental strength and personality development in young adults, suggests a new study published in the Journal of Personality.

“Neurotic people are rather anxious, insecure, and easily annoyed. They have a tendency towards depression, often show low self-esteem and tend to be generally dissatisfied with their lives,” explained Dr. Christine Finn, who wrote her doctoral dissertation within the framework of the current study.

“However, we were able to show that they become more stable in a love relationship, and that their personality stabilises.”

The study involved 245 couples between the ages of 18 and 30. Participants were followed for nine months and interviewed every three months. 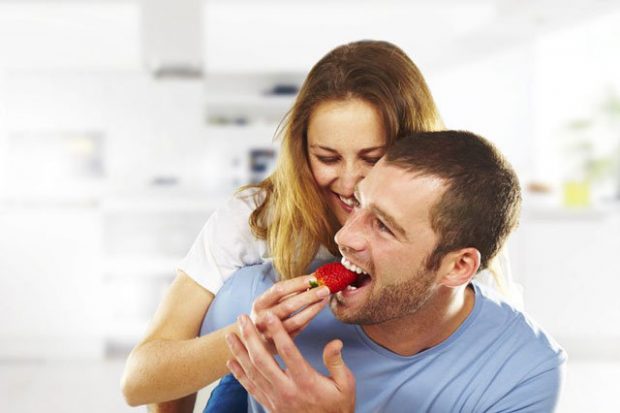 Researchers evaluated the participants’ neuroticism as well as relationship satisfaction. Participants were also asked to assess fictitious everyday life situations and their possible significance for their own intimate relationships.

“This part was crucial, because neurotic people process influences from the outside world differently,” Finn explained. Neurotic people tend to react more strongly to negative stimuli and tend to perceive ambiguous situations negatively instead of positively or neutrally.

The latest findings revealed that this tendency slowly diminishes over time when being in a romantic relationship.

The study also revealed that couples support each other. On the other hand, the cognitive level, i.e. the world of inner thought of an individual, plays an essential role: “The positive experiences and emotions gained by having a partner change the personality – not directly but indirectly – as at the same time the thought structures and the perception of presumably negative situations change,” Finn emphasises. In other words, love boosts confidence and helps people see things less pessimistically.

The findings revealed that love influenced men and women in the same way.

“Of course everyone reacts differently and a long, happy relationship has a stronger effect than a short one,” said lead researcher, Prof. Dr. Franz J. Neyer,

in a news release. “But generally we can say: young adults entering a relationship can only win!”

Finn concluded: “It is difficult to reform a whole personality but our study confirms: Negative thinking can be unlearned!”

Sugar And Sore Throats: What is the Link?

Will Collagen Replacement Products Really Take Ages Off Your Skin?

Rob, thank you for your comment. The article raises an important issue. We appreciate your perspective and we will certainly take this into consideration when we write a follow up.

Gisèle Wertheim Aymes
on Your Breast Implants And Mammograms: Are They Making It Less Effective?

These Antioxidants are Great for Anti-Aging - Natural Health
on Free Radicals: The Aging Villains Responsible For Wrinkles And Diseases

This is an inflammatory article that only partially presents the facts and does so on a way that creates anxiety instead of education. It suggests a bias of the author.

Rob
on Your Breast Implants And Mammograms: Are They Making It Less Effective?