When it comes to enjoying the taste of sodas, but with a little less guilt, sugar and calories – most people turn to diet sodas.

Unfortunately, emerging studies are beginning to highlight the health dangers affected by these beverages. In fact, a recent study has linked diet sodas to a higher risk of both stroke and heart disease. With heart disease being the number 1 cause of mortality worldwide, perhaps diet sodas aren’t so healthy after all.

The study on diet sodas

To find the effect of diet sodas on health, researchers from the American Heart Association analyzed the data of 81,714 post-menopausal women.

The women, aged 50 to 79, were first enrolled in the Women’s Health Initiative trial between 1993 and 1998. For the study, the women answered questions about how many diet sodas (or fruit drinks with artificial sweeteners) they consumed in 3 months (one serving being 335ml). The researchers then followed up on their health for an average of nearly 12 years.

The researchers also made sure to adjust for stroke risk factors such as age, high blood pressure, and smoking.

It should be important to note that the researchers did not take note of which brands of diet sodas were consumed. 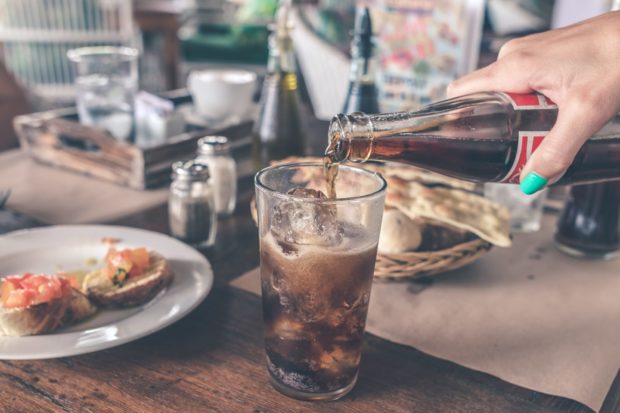 Specifically, the research found that women who drank two or more diet beverages faced a 23% higher risk of having any type of stroke, and a 31% increased risk of having a stroke due to blood clotting in the brain. Moreover, their risk for heart disease was heightened by 29% and their early mortality risk sat at 16%.

The study also found that the health risks were higher in obese women, African-Americans and – interestingly – those who had no prior history of heart disease or diabetes.

Yasmin Mossavar-Rahmani, the lead author of the study and an associate professor at the Albert Einstein College of Medicine in New York, stated how the study highlighted the dangers of diet sodas.

“Many well-meaning people, especially those who are overweight or obese, drink low-calorie sweetened drinks to cut calories in their diet,” she says, “Our research and other observational studies have shown that artificially sweetened beverages may not be harmless and high consumption is associated with a higher risk of stroke and heart disease.”

However, while the study does rain concerns about the consumption of diet sodas – it doesn’t completely explain how artificial sweeteners may be affecting the body.

“We don’t know specifically what types of artificially sweetened beverages they were consuming, so we don’t know which artificial sweeteners may be harmful and which may be harmless.” explained Mossavar-Rahmani, “The take-home message is that these findings give us pause,” she added. “We need to do more research on why we are seeing these associations. What are the scientific mechanisms? Is there something about the artificial sweeteners, for example, that affect the bacteria in the gut and lead to health issues?”

Thus more studies are needed to better explain the effects that artificial sweeteners can have on stroke risk. Mossavar-Rahmani also admits that the study was observational and it relied too much on the participants’ own reporting.

Read more about the study here.