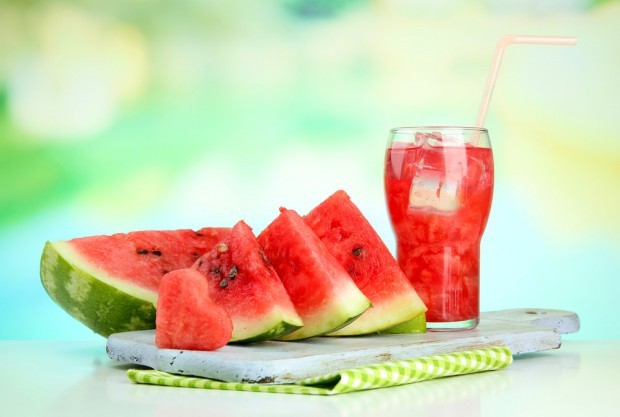 Many of us love the taste of watermelon, but there is more to this fruit – it boasts some powerful health benefits.

According to the USDA, at 46 calories per cup, watermelon offers 20% of your daily intake of vitamin C and 17%  of your vitamin A.

Here are some other fun facts about watermelon taken from the USDA:

The juice can relieve muscle soreness

A Spanish study, published in the Journal of Agricultural and Food Chemistry, found that drinking watermelon juice can be soothing after a grueling workout. Athletes who consumed around 500ml an hour before exercise, had less muscle soreness and a lower heart rate within a day.

“That may be because watermelon contains a natural substance called citrulline that’s been tied to improved artery function and lower blood pressure. In fact, its ability to relax the blood vessels led Texas A&M University researchers to say watermelon has Viagra-like effects. But you’ll need to look beyond the pink flesh if you really want to load up on citrulline, it’s most concentrated in the rind. If that’s not your thing, you can always save it for pickling or preserving later, ” says Sass.

It’s a fruit and a vegetable

“Like most fruits, watermelon is the product of a seed-producing plant and has a signature sweet taste. But it can be traced back to the squash, pumpkin and cucumber family known as Cucurbitaceous. Remember how you can eat the rind? The dual nature of watermelon makes it all edible, so there’s no excuse to leave any part behind,” adds Sass.

Did you know that watermelon is 91,5% water? A study, published in The Journal of Nutrition, found that women with even mild dehydration experienced headaches, poor concentration, fatigue and worse moods – do you need more reasons to include watermelon in your diet?

Forget Banana Bread, Here’s Why You Should Bake Sourdough Bread

12 Teas To Boost Your Immune System

How to Grow Your Own Superfood Garden

Tracking Every Step With An App Is Making You Crazy