The Power Of Probiotics For A Radiant Skin

Where does probiotics fit in our endless quest for a flawless complexion? Most of us will try just about any remedy to slow the ageing process and keep our skins younger for longer.

But what if the answer lies in something as simple as balancing our inner “eco-system” with the right mix of beneficial bacteria?

In this article we will dive deeper into the power of probiotics and why they are so important for your skin health, anti-aging, digestive functions and weight management as well as your general well being.

Probiotics are a newcomer on the anti-ageing block, these “good bacteria” are found predominantly in our digestive tract, and are believed to significantly improve our overall health and skin clarity.

In the Encyclopedia of Nutritional Supplements, author Michael T Murray explains that the term probiotic means “for life” and refers to at least 400 different species of healthy microflora, or gut flora, found in our digestive tract.

He maintains that the two most important ones for optimum health are Lactobacillus acidophilus and Bifidobacterium bifidum from the lactic acid bacteria family. They’re also commonly found in certain fermented foods such as yoghurt, soy and cheese, as well as a host of nutritional supplements.

According to professor and author of The Principles and Practice of Integrative Medicine, Majid Ali, there is a close, long-term interaction between our gut flora and the vitamins and essential nutrients we eat, as the digestive tract, including the bowel, provides them with a favourable environment in which to do their job. Ultimately, the vitamins and minerals we consume are largely responsible for keeping our skins youthful and healthy. “What’s most important,” says Ali, “is how these healthy gut flora keep dangerous disease-producing bacteria from multiplying.” 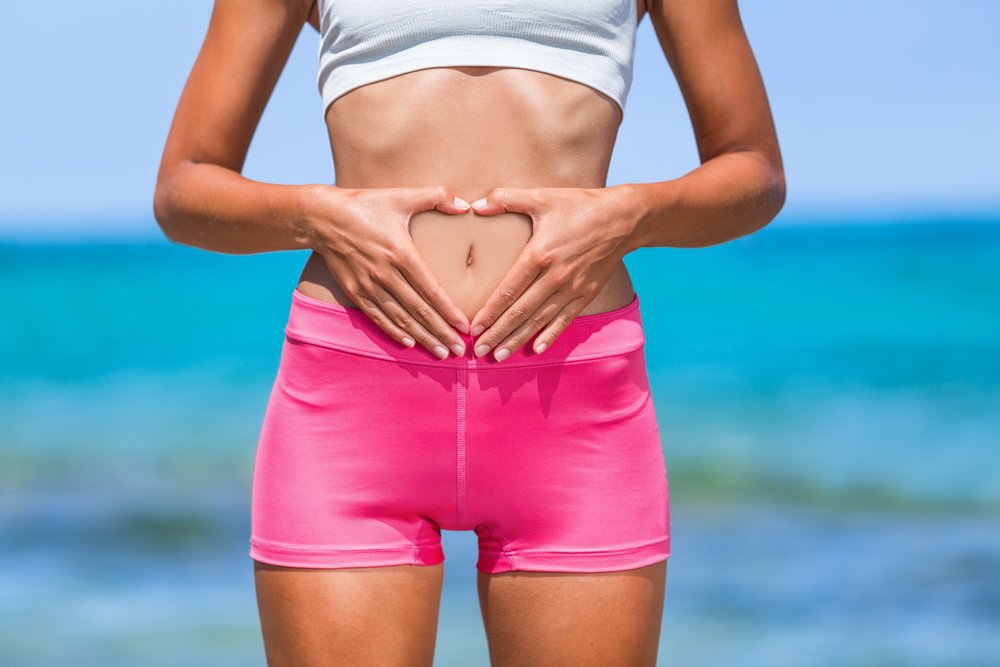 Good and bad bacteria have always existed in our intestines, but it was only in the early 20th century that Nobel Prize-winner and Russian scientist, Eli Metchnikoff, discovered that people aged faster and became ill due to toxins produced during digestion.

His findings showed that these toxins were responsible for a dangerous process called “intestinal auto-intoxication”, where the body ends up poisoning itself with its own waste products instead of eliminating them.

This continuous cycle accelerates ageing and weakens the immune system, resulting in conditions such as chronic fatigue syndrome, depression, skin problems such as acne and eczema, headaches, allergies and heart problems.

Researchers maintain that poor lifestyle and eating habits are largely to blame. The modern western diet, consisting of high-fat, sugary and processed foods, coupled with a general lack of exercise, often results in weight gain and a sluggish digestive system.

Add this to an increased intake of alcohol, antibiotics and painkillers, and you have a cocktail of toxins that clog the liver and disrupt the bowel. To make matters worse, with age there is a definite decline in the level of digestive enzymes produced in the stomach, pancreas and small intestine.

“This causes an overload of harmful bacteria that can prevent certain vitamins and nutrients, such as folic acid, iron and calcium, from being absorbed,” warns Manga.

If you thought acne only existed in your teens, think again. Inflammation of the skin can affect anyone and everyone, especially if imbalances exist in the digestive system. Scientists believe that an imbalance of good and bad bacteria in the intestines causes tiny holes between the cells, through which bacterial toxins and undigested food can leak into the body, causing acne and inflammation.

The good news is that recent studies on the benefits of probiotics have shown how they can improve the texture of the skin and help protect against blemishes.

Probiotics to the Rescue

When discussing the benefits of healthy bacteria, Marber explains that by replacing harmful forms of bacteria with the friendly types, digestion improves. This doesn’t just mean a flatter stomach, but a clearer, younger-looking skin too, as the liver is able to eliminate toxins from the body more effectively.

Dr Maureen Allem, cosmetic doctor and owner of Skin Renewal clinics, points out that our skin is a true reflection of the state of our inner health. “It’s not surprising that there’s such a close link between our digestive system and our skins,” she says.

According to Dr Ela Manga, medical director of the Woodlands Wellness Centre, probiotics can be used specifically in the following scenarios:

The Link to Food

As the evidence shows, protecting and nourishing the skin from the inside is just as important as how you protect it on the outside. One of the most efficient ways of doing this is through boosting the immune system to stop inflammation from affecting the skin and causing wrinkles, suggests nutritional therapist, Hannah Kaye.

Certain foods we eat are pro-inflammatory, like saturated fats from red meat, and foods containing flour, sugar or artificial sweeteners, she warns.

If our diet is higher in these inflammatory foods and not high enough in anti-inflammatory foods like nuts, seeds, vegetables and oily fish, our bodies are pushed into an inflammatory cycle, which will exacerbate any skin problems and accelerate ageing. But there are some anti-inflammatory, probiotic-rich foods that can have the opposite effect and actually reduce signs of ageing in the skin. With acne sufferers, for example, a recent Korean study found that those who consumed lactobacillus-fermented dairy beverages had 40% fewer inflammatory responses and 23% fewer pimples in total compared with those who didn’t drink the beverage.

And as Metchnikoff discovered all those years ago, certain rural populations in Europe who lived largely on milk fermented by lactic-acid bacteria lived longer and weren’t as ill as those who didn’t. He subsequently introduced a diet of sour milk fermented with bacteria, which he called “Bulgarian Bacillus”. And to this day, scientists continue to study the benefits of healthy bacteria for our immune system, found in certain foods. 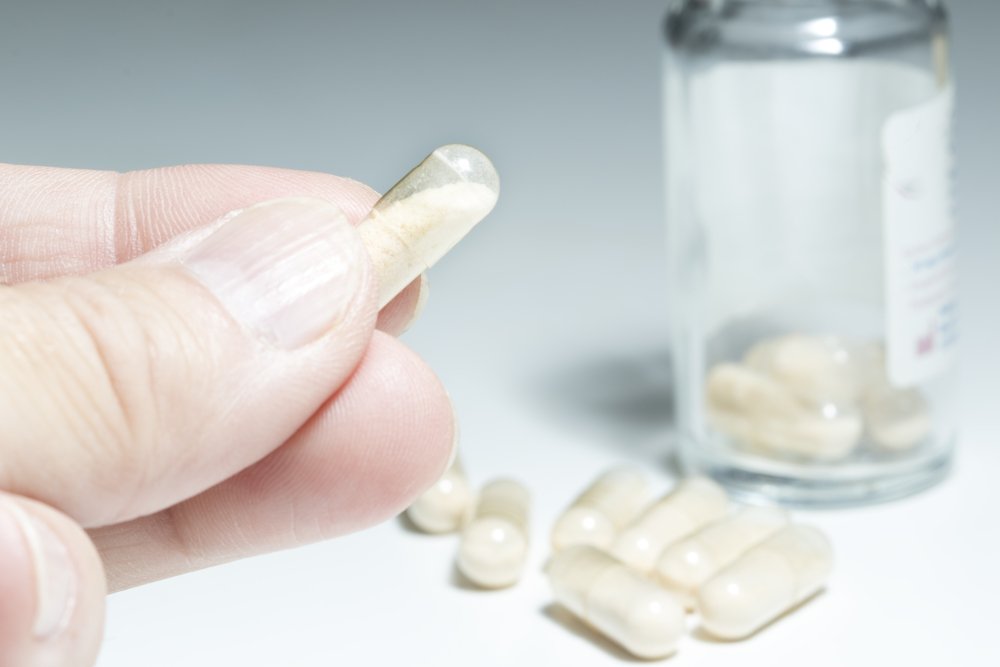 If you’re not a fan of fermented dairy products, a great way to get your daily dose of probiotics is in supplement form. In Dr Allem’s view, supplements may be a way to obtain a more reliable source of live bacteria, as they contain a variety of strains that are clearly labelled, which may help digestion and benefit the immune system even more.

She recommends taking them twice a day, 10-30 minutes before a meal, as the digestive enzymes in the supplements can boost the body’s natural ability to break down food.

Another important factor about a probiotic supplement is that it will list the quantity of live bacteria present. According to Bioscreen Medical, the recommended daily dose for adults is 1 to 10 billion bacteria. “However, you should consult your doctor before taking a probiotic supplement,” warns Allem.

Marber agrees, and suggests that adults and children should select a brand with as many different types of probiotic species as possible, spanning both Lactobacillus and Bifidobacterium families. He also maintains that you should keep your probiotics in the fridge, since heat makes them inactive.

Even though there’s no miracle cure for ageing, could the skincare industry finally have stumbled on a natural fountain of youth?

Only time will tell, but based on recent research and the sudden growth in topical creams and skincare products containing beneficial strains of probiotics, there’s hope for the future.

Boost your immunity with smarter food choices! Follow the link to read how.

What Your Teeth Say About Your Health

Here’s Why Double-Action Creams Are Great For Anti-Aging

The Power Of Probiotics For A Radiant Skin