Should you be Eating Grains?

Conventional dietary principles put grains at the foundation of our nutritional needs. Yet a wave of new eating styles including Paleo, raw food and Banting disagree with this theory. The epidemic of diabetes type 2 and other lifestyle diseases has also put grains under the spotlight. This article investigates the pros and cons of these cereal foods.

Certain cultures were known to eat small amounts of wild grains before agriculture began 12,000 years ago, but the quantity and nature of cereal eaten today differs greatly to that of the hunter-gatherers.

We know that fibre is important to keep us regular, but it also has other important tasks. Whole grains, fruit and vegetables contain a balance of soluble and insoluble fiber, both needed to help eliminate toxins and old hormones from the body, as well as to balance the immune system.

The liver has the job of filtering our blood, removing drugs, toxins, fats and fat-soluble waste, which it deposits in newly created bile. Soluble fiber forms a tight bond with the bile in the intestine, binding up all the harmful content of toxins as well as redundant hormones, cholesterol and fat. Since the soluble fiber cannot absorb through the intestinal wall, it prevents these toxic substances from leaking back into the bloodstream.

Insoluble fiber comes from the hard structural part of a grain, such as the bran, husk or kernel. It sweeps the digestive tract like a broom gathering the debris into a neat package for elimination. The fiber-bound bile and its toxic package are swept up with the insoluble fiber and ushered out of the body. When we don’t eat fiber, the toxins that we should be eliminating through our bowels get reabsorbed into the bloodstream, which can lead to many problems.

The fibre found in grains, fruit and vegetables is food for the good bacteria in our colon. This bacteria known as the microbiome has many important jobs. It keeps our bowel movements regular, but it is also the control tower for the immune system. The gut microbiome kills off pathogenic bacteria, parasites and other ‘nasties’ that enter the body through the digestive tract. The microbiome is also an essential production house for endocrine hormones, keeping our adrenals, thyroid and reproductive system happy. It also produces neurotransmitters, our mood controlling hormones in the brain. Without a good supply of whole food fiber these systems can easily fall out of balance.

The more refined or processed the grains, the quicker they break down into glucose. Today many cereals create an instant glucose spike in the body. Too much glucose is just as dangerous and too little glucose and therefore the body goes into emergency mode to deal with situation. Long-term high glucose spikes can lead to insulin resistance, the precursor to type 2 diabetes. Some experts feel anyone eating large amounts of whole grains will still produce too much glucose in the system at one time. 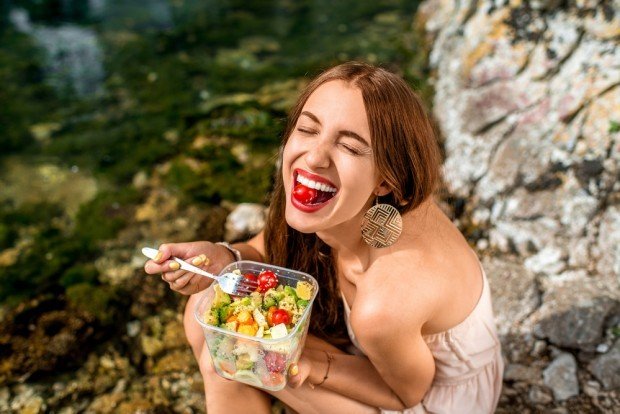 Grains contain substances known as lectins, which are most commonly found in the seed coat. Lectins are a plants defense against microorganisms, pests, and insects. They help the seed to remain intact while passing through the animals digestive tract to germinate in the soil. Lectins are resistant to human digestion in the same way. Because we don’t digest lectins, we often produce antibodies against them. Almost everyone has antibodies to some dietary lectins in their body, but the response will vary.

Lectins are known to damage the gut lining. Since the purpose of the gut lining is to let the good stuff into the bloodstream and contain the bad stuff for evacuation, it’s important for the cellular repair system to be running at full efficiency. Normally the cells repair this tissue damage rapidly, but when the gut is compromised lectins can prevent the cells from regenerating as fast as they need to in order to keep the intestinal lining secure. Thus “leaky gut syndrome” occurs allowing the wrong molecules to pass back and forth through the gut wall. When lectins affect the gut wall, it may also cause a broader immune system response as the body’s defenses move in to attack the invaders.

When someone suffers from Crohn’s disease, autoimmune conditions or irritable bowel syndrome, the gut lining seems to be more sensitive to food lectins. Symptoms can include skin rashes, joint pain, constipation, diarrhea, headaches and general inflammation.

Gluten is the main protein found in wheat, it is also found in rye, barley and some oats. Gluten creates the stickiness in wet dough or pasta, plus it adds to the light fluffy texture in bread. Even though gluten has always been present in small amounts, the hybridization of grains has increased the gluten content, especially in wheat.

Gluten has been found to damages the intestinal walls and can easily activate leaky gut syndrome. Researchers now believe that a leaky gut is one of the major predisposing factors for conditions like obesity, diabetes and autoimmune disease. Celiac disease (CD) is a severe form of gluten intolerance. Celiacs have a dramatic and, in some cases, potentially fatal immune response to even the smallest amounts of gluten. But for most people with gluten intolerance, the symptoms can be far more subtle. Research over the past few decades has revealed that gluten intolerance can affect almost every other tissue and system in the body, including the brain, organs, joints, immune, endocrine and digestive system. 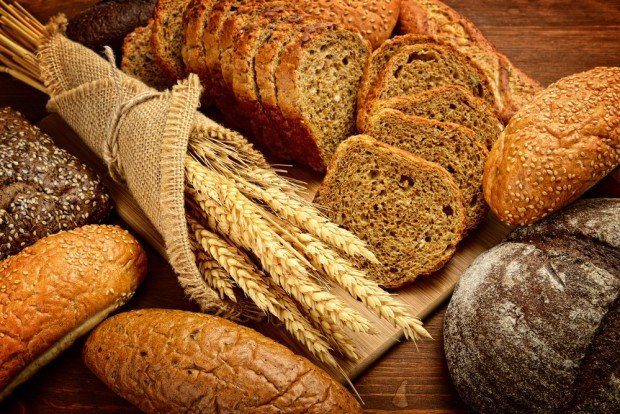 There are clearly positive and negative aspects to eating grains. The preparation of these cereals can also make a big difference to how well they are digested. Traditional ways of fermenting grains, like sourdough or sprouting grains both seem to help diffuse the blood sugar surge, as well as the gluten and lectin aggravation. In the end only your body can tell you if it thrives on grains or not.

Should you be Eating Grains?